[Update: 1 June, 2016] So here it is, the current, most up-to-date version of the Complete DC Comics post-Flashpoint Checklist! In here you’ll find, listed by month, every comic in the order DC has released them since September 2011.

You may remember previous versions of this were known as The Complete New 52 Spreadsheet but I renamed it to fit better once the New 52 branding is over. To that end you’ll also notice that there’s multiple sheets to the spreadsheet. The first covers everything from the launch of the New 52 up to and including Convergence, while the second sheet commences with June 2015 with the DC You branding. The third comes from June 2016 to coincide with DC’s Rebirth relaunch. It helps keep it more manageable. :)

And now, the regularly featured segments:

This bad boy is filled in with every series and issue of the New 52/post-Flashpoint continuity through to the recently announced February 2016 solicitations.

Oh man, there’s so many ways, it’s like Christmas! Well, I guess right now it’s more like Easter – or, even my birthday, which is in a week or so ;) 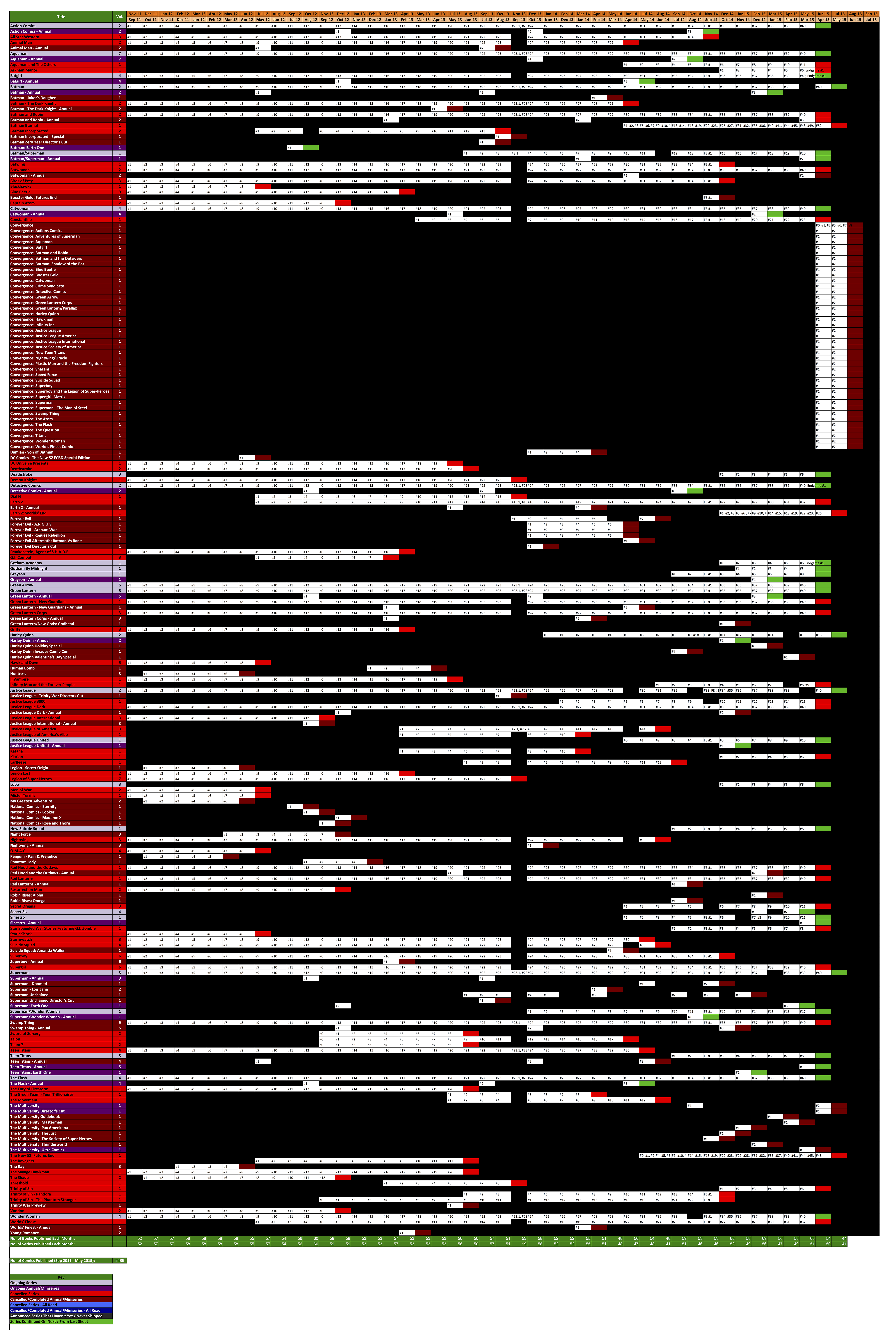 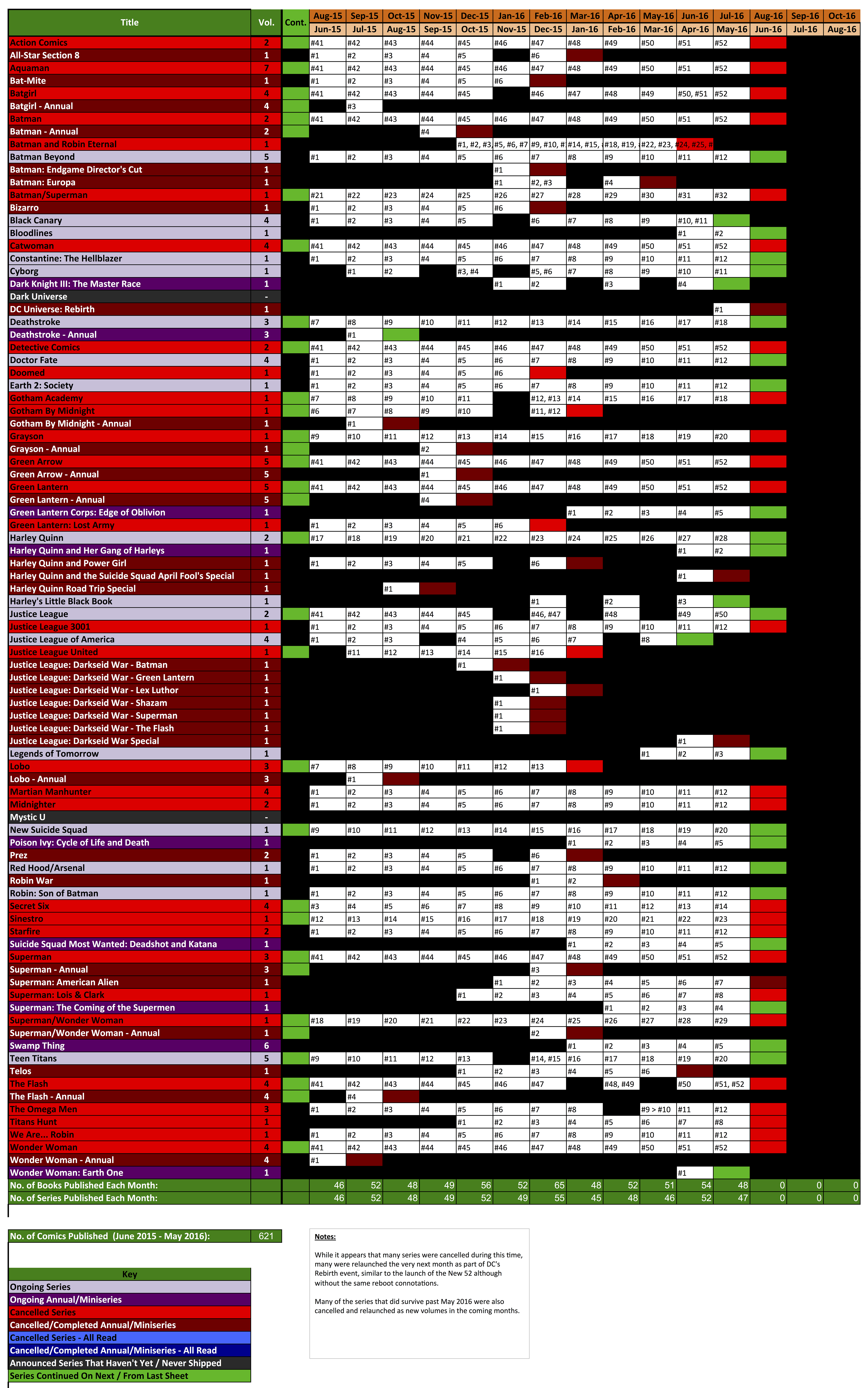 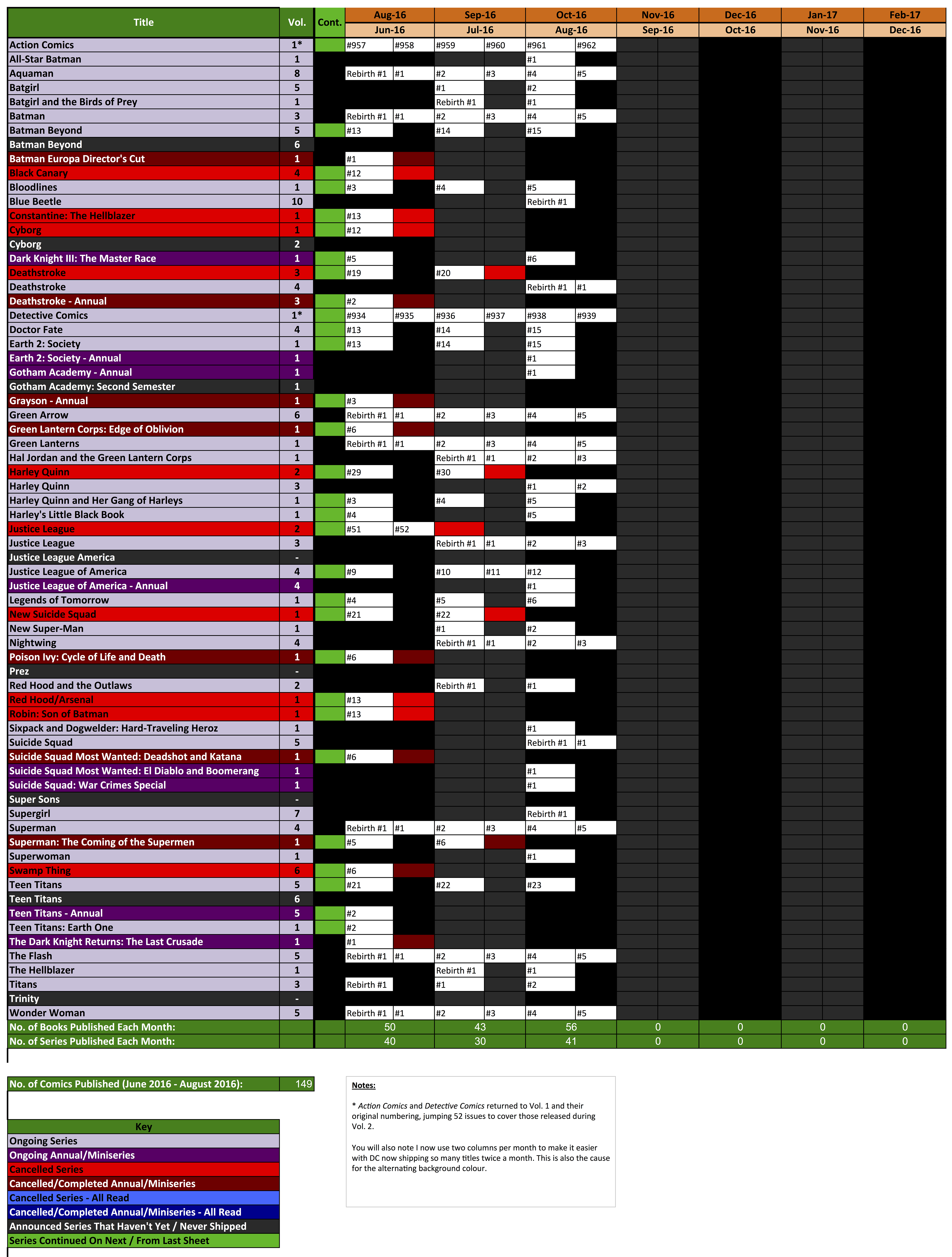 Well, it’s pretty easy! When I get a comic I colour in the cell relating to the issue light green, and I colour it light blue when I’ve read it. If there are multiple issues in a month I usually mark it yellow if I have some but not others (like with the weeklies) with an /> to separate those I have from from those I don’t. You can see what I mean here:

It’s not perfect but it’s basically just a helpful guide and you’ll no doubt find a method that works for you!

You’ll see I also made some executive decisions. The Futures End tie-ins and Villains Month issues are listed as issues of their parent book rather than new series, and the same for the three Endgame tie-ins that were just announced.

A Note on Volumes: You’ll notice I’ve now added a new column for volume. This doesn’t reflect volumes that are used in trade collection but rather series. Instead these separate different series that share the same name. For example the relaunched Batman book as part of the New 52 was the second time Batman had been launched so it’s Volume 2 while the new Batman series that’s launching as part of Rebirth is Volume 3. This is help distinguish issues with the same name and number as simply saying ‘Batman #1′ could relate to either these – or the original from 1940 – when you don’t use a volume to further specify which you’re referring to.

As for the rest of the layout, here’s a breakdown:

You can see both here 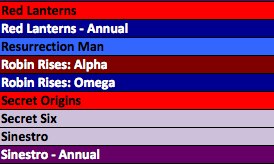 The colours I use, minus the new grey designation

Green indicating Action Comics continues on the next sheet…

…and indicating it continues on from a previous sheet. 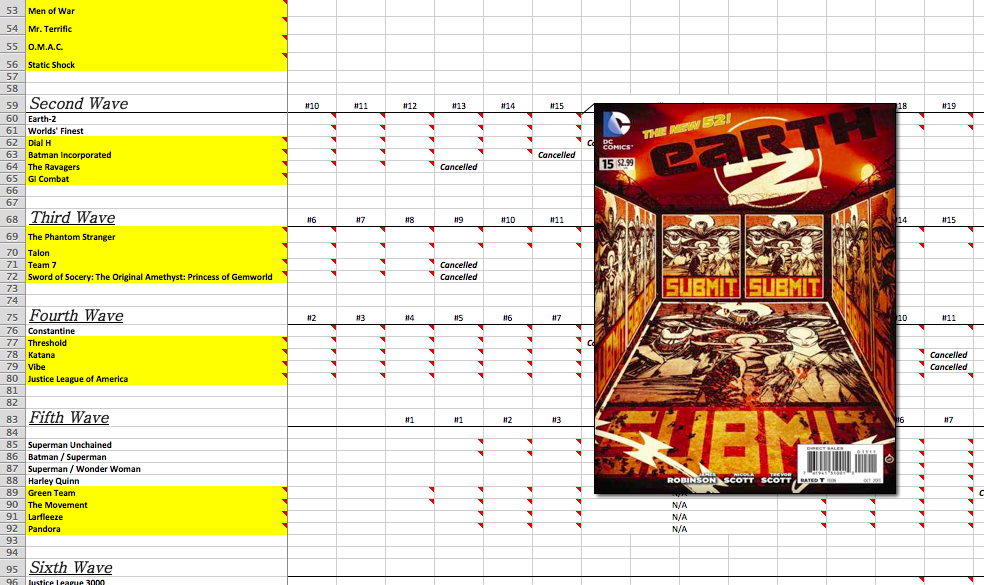 Hope you guys enjoy this and find it useful and any feedback or suggestions are welcome! Maybe you want that big image available as a poster for your wall, or you do want me to upload a new, updated version of this every month? Just let me know :)