Can you also explain the flash family tree because there are so many flashes and I get confused on which is which. 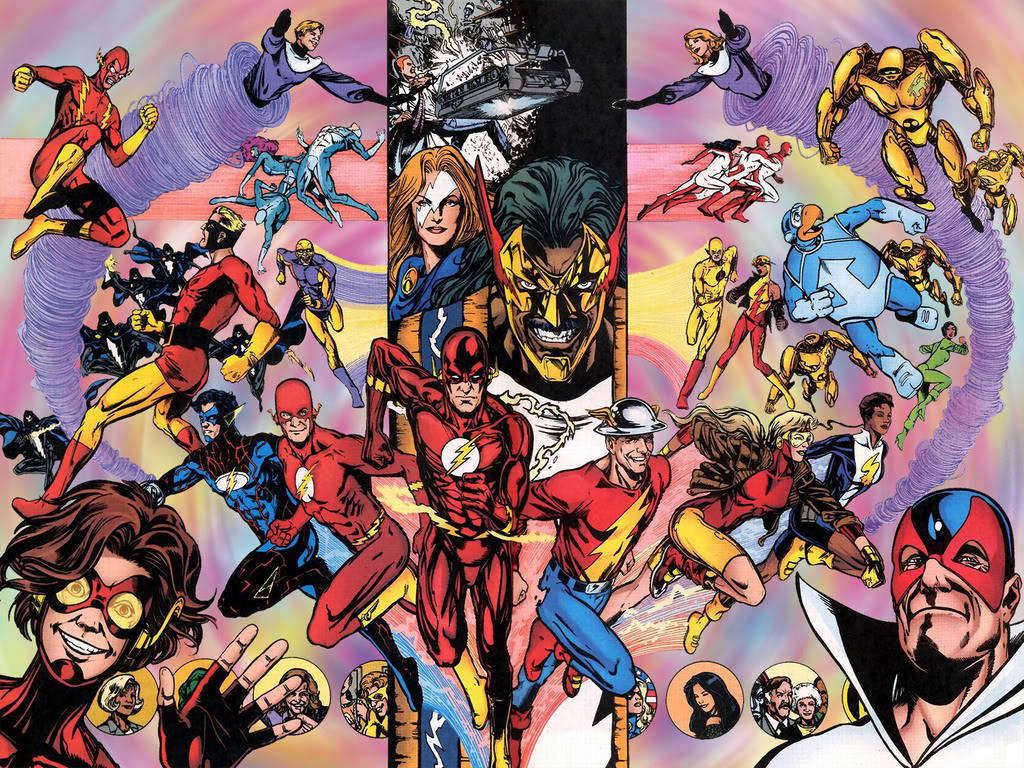 The Flash family and then some!

OK, so this is a bit of a big one so we’re going to break it down into stages to make it more manageable. We’ll be covering three main areas:

END_OF_DOCUMENT_TOKEN_TO_BE_REPLACED

So, I read up on Flash on the DC Comics wiki, and it is stated that Speedsters have an ability called Energy Construct Creation that allows them to create objects like Green Lantern can, not exactly the same but the principle is still the same.

I’ve got to ask, I’ve read all of the New 52 series and Rebirth and I’ve never seen this ability demonstrated, do speedsters actually have this ability and how often do they use it?

Before I saw it, /u/harryboom offered this:

it was in rebirth, when barry and the rest all created new costumes out of speed force energy. it hasn’t shown up in N52

Then came my answer:

END_OF_DOCUMENT_TOKEN_TO_BE_REPLACED

Well, I’m not actually sure it’s ever been stated exactly – but from this (absolutely amazing) ‘respect thread’ for the Flash of the New 52 we can see a collection of examples of his speed. The Tokyo evacuation certainly sounds like it would have to be pretty up there, not to mention the stuff above femtoseconds…

END_OF_DOCUMENT_TOKEN_TO_BE_REPLACED

I have a question for anyone who’s read New 52 Flash. When they did the rouge flashback, it took place 2 years ago and in the battle Captain Cold thanks Flash for saving his sister. The second thing happened before Flash entered the speed force so was the Flash in the speed force for 2 years?

Alternatively, could someone explain the timeline to me because I’m really confused

After working out that /u/kanchill was referring to the second trade, Rogues Revolution – which collected issues #0, 9-12 and The Flash Annual #1 – I was able to answer this: